Despite the advancements of today’s eCommerce landscape, it cannot be denied that temporary errors or disruptions are being experienced both by sellers and buyers alike. Even tech-giants like Amazon experience system glitches, an “Amazon Glitch” as dubbed by online news sites.

Although the threat of cyber attack or cyberwar should not be overlooked, system glitches should not be underestimated. A much bigger and more imminent threat to data security and processing efficiency is the so-called software glitch. One of the reasons for such occurrences is the vast amount of data stored, which makes it difficult for a system to regularly refresh or run tests to immediately spot and fix errors.

And with a multinational company like Amazon that operates globally, eliminating the possibility of an Amazon glitch, including Amazon price glitches, is somehow virtually impossible. There are tons of variables to be considered, including interactions of hardware & software components, and not to mention those third-party applications whose development is beyond the control of Amazon. 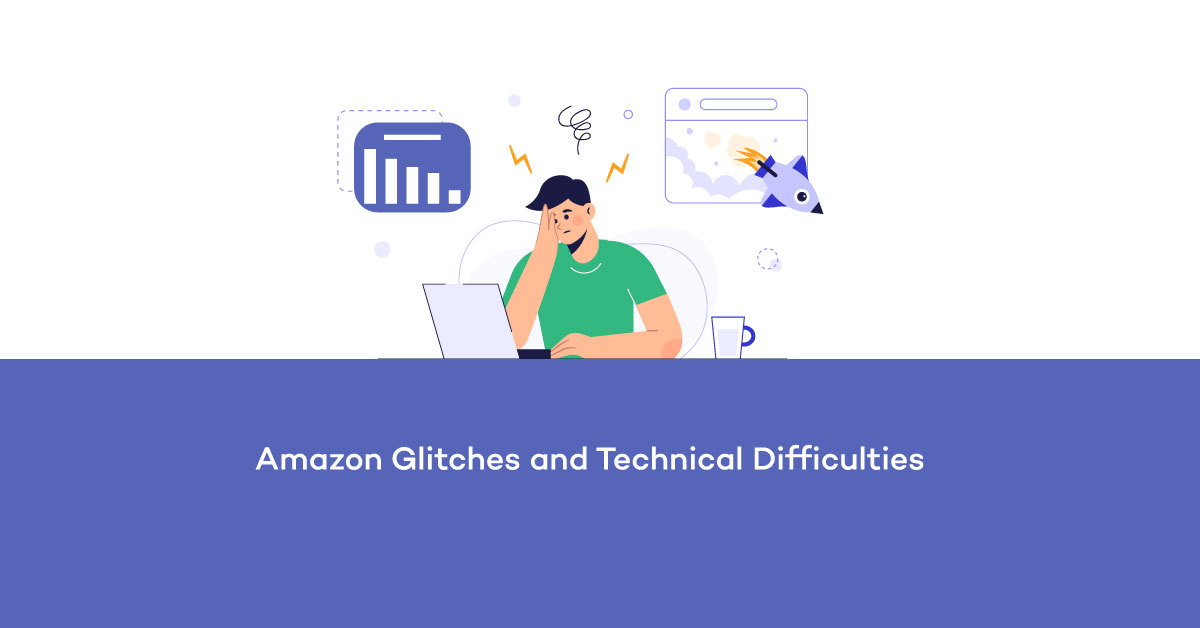 An Amazon glitch, particularly price glitches on Amazon, mainly caused by a third-party software is more than just a possibility. For in 2014, such an incident actually happened. For easy reference, we will be calling the incident the Amazon Price Glitch.

It was on December 12, 2014 that the said pricing glitch was noticed by Amazon shoppers. On the Amazon UK website, numerous items were priced at one penny (1p).

Clothes, toys, furniture, games, and electronic devices were among the products that were listed on sale and were priced for 1p. As a result of such a massive discount, Amazon shoppers quickly took the bargain. One online seller shared that during the price glitch, he had received a total of 1,600 orders for his toys and game items.

Upon checking, it was found out that the said Amazon price glitch was caused by a third-party Amazon repricer. Repricers are used by Amazon sellers to help them automatically adjust prices of their Amazon products to ensure their product stays competitive online.

However, despite the fiasco, sellers were not penalized for such pricing errors or Amazon price glitches, and the vast majority of placed orders were canceled.

The incident cited above is just one of the many examples wherein glitches are caused by third-party softwares. And with the case of Amazon, solutions to safeguard the safety and security of both sellers and shoppers were quickly implemented. To avoid experiencing a similar incident of price glitches on Amazon, the company added a price guard. This helped avoid repricing tools adjusting the price to the point that losses will be incurred by sellers.

Unlike rule-based repricers that would require you to manually set up rules against competitors, Seller Snap is an algorithmic repricing tool that is based on the Game Theory principles. This means that it uses algorithms and principles behind Game Theory to continuously optimize the prices and to completely automate the repricing process.

Seller Snap offers a dynamic repricing strategy, taking various factors into account in order for it to come up with the best solution in a given market situation. CLICK HERE FOR YOUR FREE TRIAL!

The Amazon price glitch is just one of the many examples of technical difficulties encountered by the company. In the subsequent years, other issues were likewise reported, including the ones we have outlined below.

This particular technical issue happened in 2019, and mainly concerns third-party sellers who were suspended by Amazon. The said merchants were trying to make an appeal to Amazon in order to be reinstated, but they encountered some technical difficulties along the way.

The suspended sellers were trying to send an appeal through email but were being redirected to Amazon’s Account Health. In a report made by CNBC, one Amazon merchant claimed to have spoken with a support team who then confirmed that the email was caused by a system bug.

However, Amazon was quick to respond saying that the emailed response was not caused by a technical error, and sellers are encouraged to file their appeals through the Seller Central portal.

Just this March of 2020, Amazon encountered another system glitch. The Amazon glitch affected the delivery of food and grocery items. In a statement made by an Amazon spokeswoman, Bloomberg quoted her saying that:

“As COVID-19 has spread, we’ve seen a significant increase in people shopping online for groceries. Today this resulted in a systems impact affecting our ability to deliver Amazon Fresh and Whole Foods Market orders tonight.”

Panic buying due to the Coronavirus has affected the efficiency of Amazon and has also caused technical issues as has been pointed out in a company memo. Thus, resulting in a queue to enter delivery stations, and ultimately delayed the arrival of customer ordered goods.

Still, March this year, another glitch was reported. According to surfacing reports, military families overseas were refused delivery for certain items, including but not limited to clothing, electronics, and diapers.

However, the Amazon glitch that hindered the delivery of goods to families living in Japan, Italy, and Bahrain was quickly fixed by Amazon. In a report by Military.com, an Amazon spokeswoman was quoted stating that:

“We noticed an unfortunate glitch in our system on Wednesday that did not allow some items to be shipped to military addresses…We worked quickly to fix the issue, and thank our customers for their patience and understanding.”

Needless to say, Amazon is not just the only company experiencing such issues, for companies like Walmart, Google, Facebook also have their own share of technical issues. It is somehow normal to encounter system glitches, especially if your operation is global. What is not normal is when companies take no actions to resolve those system issues. And Amazon should be credited for their quick response to any issues they notice or reported to them.

In terms of securing your Amazon Web Services or AWS accounts and workloads, the tech-giant offers Amazon GuardDuty. As an overview, Amazon GuardDuty is a service offered by Amazon that will monitor any malicious activities or unauthorized behavior that are potentially threatening to your account. With Amazon GuardDuty, you will have “an intelligent and cost-effective option for continuous threat detection in the AWS Cloud.”

Alternatively, on the business and marketing aspect, if you require a secure and safe repricing tool for your Amazon store, you can always turn to Seller Snap. With years of experience in the industry and numerous satisfied customers, you can trust Seller Snap to perform an optimum repricing strategy that will help protect your profit margins.

Although eCommerce product videos are popular among sellers, not all Amazon sellers are aware of…

If you’ve ever run any ads on Amazon, you definitely understand how important choosing the…

Amazon Counterfeiting: How Amazon Protects Sellers and Customers in 2020 From Fake Products

Along with the rising popularity of eCommerce sites, counterfeit goods and other fake items sold…