You’re researching how to begin and run a sustainably profitable ecommerce store. Then you came to this page. Out of millions of search results that came out of the keyword, you found your way here.

Indeed, we cannot deny the importance of learning from eCommerce influencers. The fact that their names appear online signifies that they are authority figures in their respective niches. They’ve been through important experiences, and from these, gained substantial knowledge, skills, and wisdom that can and will help you bolster your eCommerce dream.

But, while there are a lot of self-proclaimed influencers out there, it’s imperative to choose wisely when deciding who to follow.

In this article, we’ll review some of the top recognized experts in the ever-growing eCommerce industry who represent various niches. 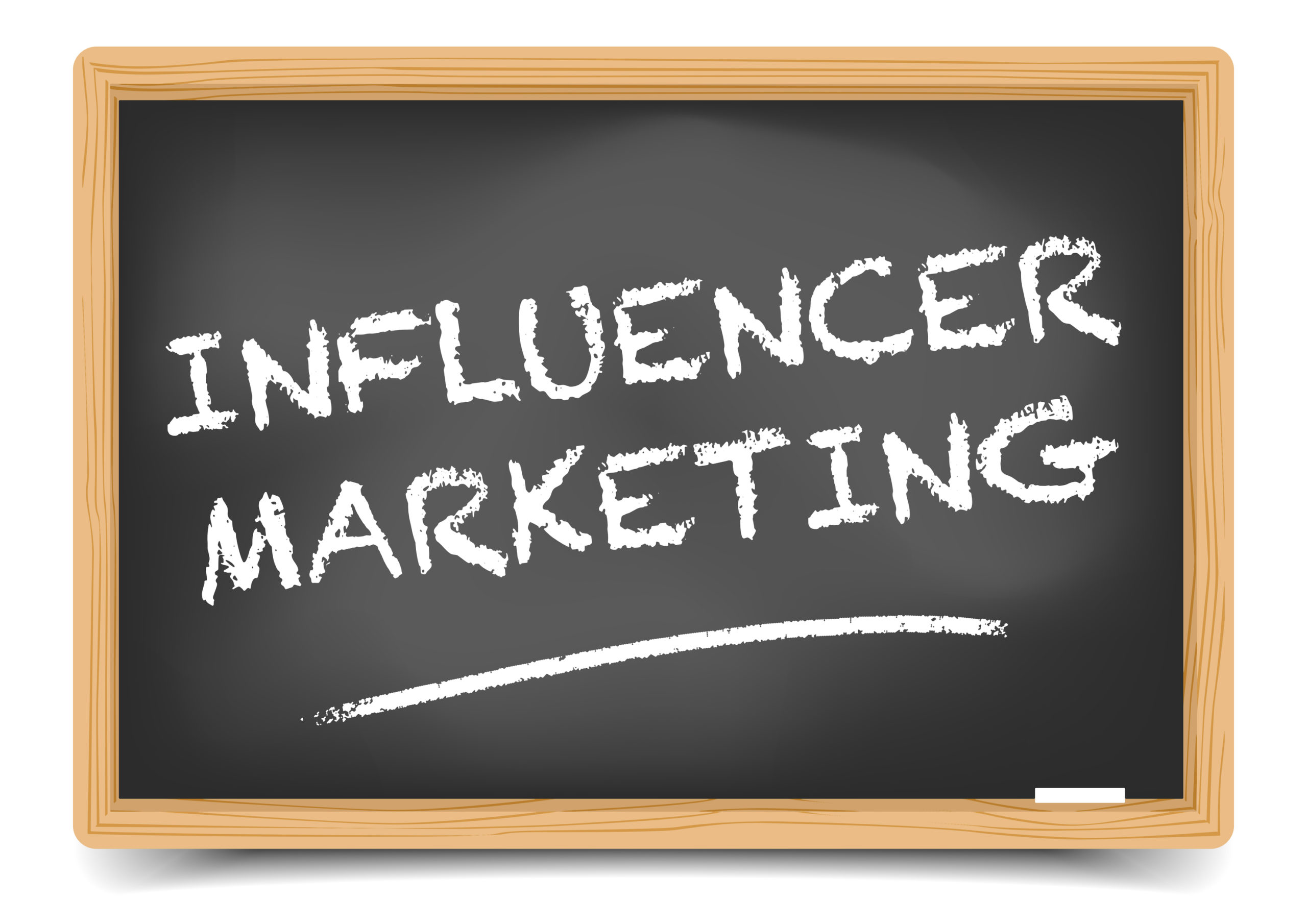 Richard began his career as marketing personnel and later ventured into the eCommerce business. With his marketing background, Richard started A Better Lemonade Stand as a platform to communicate best practices, tricks, and tips that he learned as he was building his businesses. It also aims to empower prospective individuals to become eCommerce entrepreneurs following a framework that he tested and succeeded with.

While doing that, he collaborated with Shopify and helped them to achieve over 200,000 merchants from a 60,000 benchmark. Partly thanks to him, Shopify is now the king of eCommerce platforms, and it continues to grow at lightning speed.

In 2015, Richard resigned from Shopify to fully commit to A Better Lemonade Stand in his pursuit to help eCommerce sellers grow.

Mike Jackness founded EcomCrew along with his partner Dave Bryant. EcomCrew is an online platform providing resources, such as blogs, podcasts, and premium memberships for aspiring and established eCommerce entrepreneurs.

Since 2004, Mike has worked in online marketing and developed intensive experience in affiliate programs. He then launched his own eCommerce business via Treadmill.com. During his first years, he surprisingly sold products worth over $1 million.

In 2014, he sold his first eCommerce venture and began several eCommerce brands with a consolidated annual revenue of over $7 million. His businesses continue to grow, and he has become an acclaimed model for many aspiring eCommerce geeks.

Through EcomCrew, Mike shares invaluable lessons, drawing from his own experiences in eCommerce.

For sure, you’re a member of one or two Facebook groups, and for all you know, these most likely suck. Yes, most groups nowadays have severely deficient engagement and unsustainable page views. But that is simply not the case with Cener Ecommerce Mastermind.

Justine Gener is a full-time eCommerce entrepreneur, an eCommerce coach and consultant, and the brilliant mind behind the Cener Ecommerce Mastermind. It is a private Facebook group on how one can start and earn via a Shopify store. Today, it has over 50,000 members who are actively engaging in the group. His reach continues to grow as the mastermind expands with the growth of the eCommerce industry.

Most of the resources Justine shares in the group focus on the print-on-demands eCommerce business model. He willingly discloses everything from scratch, from the methods, tools and product ideas he uses, to designing a Shopify store, as well as Facebook advertising.

Austine Brawner hosts the Ecommerce Influence podcast, a leading resource provider for both neophytes and advanced. The podcast reaches thousands every month and has become a source of inspiration for those who aspire to achieve financial freedom through eCommerce.

Throughout the podcast, Austin interviews many successful entrepreneurs representing various backgrounds, struggles, and success stories. Because of these diverse eCommerce personalities, anybody can relate to the viewpoints being shared. Whether you are lost on how to kick off an eCommerce project, or struggle with maintaining growth, this podcast is the one for you.

The podcast also covers various articles on relevant topics such as email marketing, search engine optimization, and productivity hacks for eCommerce entrepreneurs. It’s your one-stop-shop for the essential information you need towards building a profitable eCommerce business.

With the growth of his audience and influence, Austin has also worked with premium brands such as Kettle and Fire, MVMT, and Four Sigmatic. Moreover, he runs another successful venture called Brand Growth Experts.

In one of your searches, you must have come across Skinny Me Tea.

Founded in 2012, Skinny Me Tea is the world’s first “teatox” brand that has sold over 11 million cups of tea worldwide in just five years. Pretty impressive, right?

Gretta van Riel is the brilliant woman behind this very successful venture. With her first business ever-growing, she then expanded into building other profitable brands such as The 5th Watches and Drop Battle.

Gretta is a prominent figure in social media marketing. On Instagram alone, she has a total of over 16 million dedicated followers.

Why do you want to gain financial freedom through eCommerce? Are you passionate about the industry? Do you have this insatiable belief that it works and it opens up vast opportunities for growth?

Well, ask Alaa Hassan such questions, and you’ll get a resounding, “Yes”. Among the influencers out there, Alaa seems to be genuinely excited by the eCommerce industry.

Alaa mentors over 30 eCommerce entrepreneurs worldwide and has been invited as a keynote speaker to multiple events and conferences. Alaa ensures that all of his students are given the keys to success, proving them with the tools and skills to build sustainable eCommerce enterprises.

Sure. There are starter or even advanced sellers who require a step-by-step approach for them to learn the industry and accomplish desired results. If you’re one of them, don’t worry. Drew Sanocki has your back.

Drew started Nerd Marketing and hosts the Nerd Marketing podcast, in which he reveals the different facets around the eCommerce industry. He’s got it all covered. From how to open and design a Shopify store, to scaling up profits through targeted Facebook marketing.

Before engaging in that, Drew launched DesignPublic.com and turned it into one of the best online design retailers. In 2011, he sold the venture and turned to marketing to boost other businesses, including brands such as SaaS company, Teamwork.com and Karmaloop.com.

Unlike most eCommerce blogs and podcasts, Anton’s goal with Ecommerce Lifestyle is to help his audience achieve financial freedom through online entrepreneurship.

For the past 12 years, Anton has engaged with various eCommerce businesses. His specific mission is to establish and optimize growth systems that boost businesses, whilst keeping them streamlined. That’s eCommerce efficiency at its finest.

No doubt. Shopify dominates the web when it comes to references for eCommerce blogs and compilations of related resources. Almost every eCommerce-related keyword you type in search engines will reflect resources from Shopify. Shopify ranks first for numerous pages and posts in eCommerce.

One of the core teams who brought Shopify the huge success that we see today is Corey Ferreira. He’s one of the best eCommerce influencers you should follow, especially if you want to learn pioneering strategies.

Corey has written countless publications and hosted various online training on Shopify, Social Media Explorer, and Entrepreneur. And it does not stop there. Major publications have also featured him.

Ezra Firestone founded Smart Marketer and now serves as its CEO. Smart Marketer is an online platform providing both free and premium resources to guide you in creating a profitable eCommerce business while maintaining a balanced lifestyle as an entrepreneur.

Before that, Ezra launched his first online venture called My Costume Wigs, as a side hustle. Drawing lessons and skills from that, he then started his second and most successful eCommerce brand called BOOM!

With his growing business, Ezra began networking with fellow eCommerce entrepreneurs and marketers. In 2013, he co-founded Smart Marketer to serve as a platform in sharing valuable insights about the eCommerce industry.

So there you have it! Learn the best practices from these eCommerce influencers.

Online selling can be quite confusing for some entrepreneurs, especially those new to the digital…

Shopping cart abandonment is an everyday occurrence in the eCommerce industry, particularly retail eCommerce. Even…