Most humans have never seen a warehouse this big. Walmart is the biggest retailer in the world, and its fulfillment centers are massive. These facilities are partially responsible for allowing them to have 98% of consumers’ purchases arrive in just two days.

Now, Amazon is taking customer service to an entirely new level with their new concept, Robo-Stow. This mechanical brain will search racks in a massive warehouse, collect products, and place them on shelves without human interaction. It’s hard to imagine that something this big is entirely automated.

In this article, we’ll discuss how robots are transforming Amazon’s eCommerce warehouses.

What is Amazon Robotics?

Amazon Robotics is a subsidiary of the Amazon.com corporation that designs, manufactures, and sells robots for fulfillment centers. The company was originally named Kiva Systems after its building-block-inspired robot, but changed its name to Amazon Robotics in 2015 when it became a part of the larger company.

Amazon’s eCommerce fulfillment centers are massive structures that can hold millions of products and thousands of employees.

Traditional warehouses require a lot of people to keep things running smoothly: workers have to manually move goods from storage locations to shipping areas and back again. This takes time and money and increases the likelihood of mistakes being made along the way.

Robots have been used in the transportation, logistics, automatic fulfillment, and eCommerce industries for a long time to automate tasks that humans would otherwise do. Amazon has been looking for ways to scale up its operations without increasing costs, so it turned to automation technology.

Robots have been used in Amazon’s warehouses since 2012. They purchased Kiva Systems for $775 million.

They renamed it “Amazon Robotics” and began incorporating it into their warehouses across North America. They’re used to moving inventory around, picking items off shelves, and even placing products into boxes.

Amazon has about 5,20,000 robotic units working in its warehouses today. The impact of these automated systems is impressive: they reduce cycle times (the time it takes to get an item from warehouse to customer) by as much as 50 percent while also increasing order accuracy and productivity. 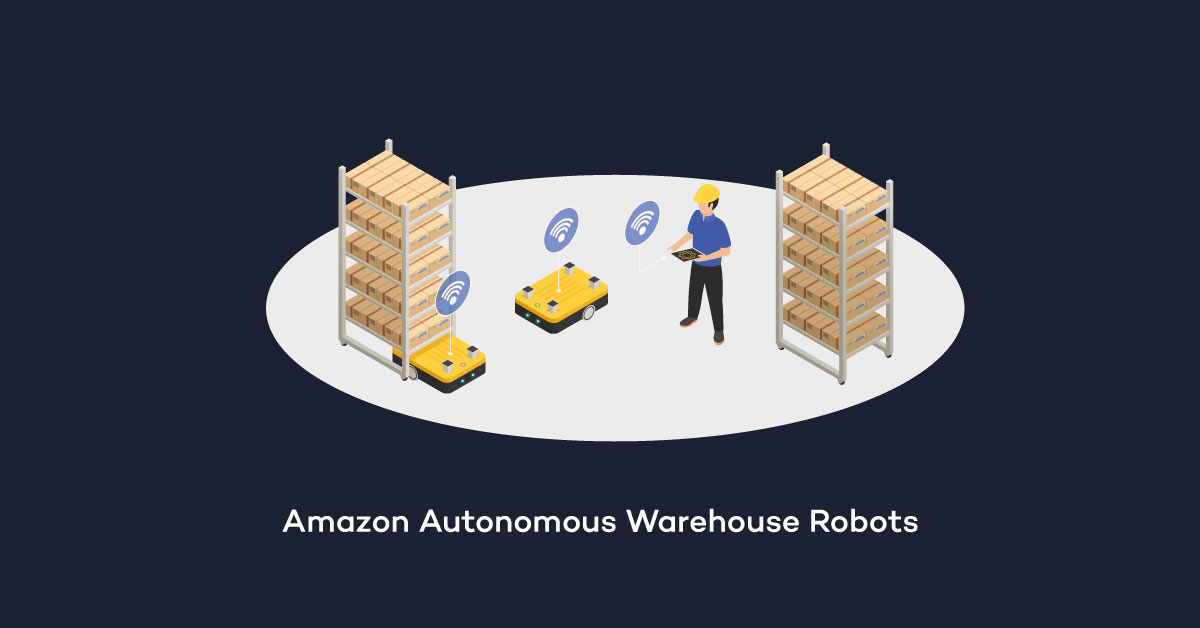 Amazon’s main focus is on technologies that help humans do what we do best and automate tasks that help humans do more in less time like AI email assistant. Process automation changed the way we buy and sell products. It has changed the way we live our lives. But behind all this innovation lies a process of automation that is transforming the world of work.

The company uses robots to pick orders from shelves, pack them into boxes and move them around warehouses. These machines have been designed to replace human workers who do these tasks manually—an expensive process that takes up resources and increases costs for the company. Robots do these tasks much more quickly than humans while saving money.

Amazon is at the forefront of automating its warehouses to reduce the cost associated with human labor. The reason for automation is that it’s more expensive to pay someone to do things manually than to build robots that can do it for you.

In addition to speeding up the process of fulfilling customer orders, these robots have another advantage: they don’t get tired or make mistakes like humans do when doing repetitive tasks over long periods of time. This means they could handle larger workloads without needing rest breaks or breaks from monotony.

The robots work alongside human associates who pack and ship customer orders from these facilities worldwide. They move around on narrow paths between rows of shelving containing hundreds or thousands of items each.

Each robot has a small computer screen attached so workers can see where it is going and so they don’t get hit by the machine when it gets close enough for them to reach out.

Robots move inventory around Amazon’s warehouses, making the process more efficient and increasing reliability. It’s also using artificial intelligence (AI) to track down items that are hard to find and make sure they’re stocked in the right place at the right time. These developments have increased Amazon’s ability to deliver its goods quickly, cheaply, and accurately.

This makes things more efficient by removing humans from the equation. It also makes things more reliable because there’s no risk that an employee will forget to complete a task or try to get out early. The robots also don’t need breaks, so they work nonstop as long as they have power and parts.

Robots Can Do Heavy Lifting

Robots are good at performing repetitive tasks, which means they can handle some of the more mundane tasks involved in getting products from A to B.

They also have a greater range of motion than humans, so they can reach higher shelves and pick up items from awkward angles. They can also lift much heavier items than workers normally find difficult.

In many warehouses, employees work in teams of two or three people, performing various tasks to prepare an order for shipment. Robots can perform several of these tasks simultaneously, eliminating bottlenecks from the process and increasing efficiency.

For example, a worker may have to prepare an item for shipping by scanning it into inventory, removing it from its packaging, and boxing it up before putting it on a conveyor belt for shipment out of the warehouse.

A robot could do all those things simultaneously without slowing down or needing any human intervention—thus increasing productivity by 50 percent or more.

Robots Can Keep Up With Customer Demand

Robots are transforming online businesses to help meet the growing demands of online shoppers. Robots come in various shapes and sizes and are used in different ways. Some robots transport items between stations, while others pick them up and place them in bins or totes. Other robots perform repetitive tasks that humans find too dangerous, such as lifting heavy objects or working in environments with extreme temperatures.

Robots are helping companies process orders more quickly by automating some of the most laborious tasks in warehouses. They’re also taking care of mundane, often undesirable tasks like product picking, which can be dangerous and tiring for humans working long hours on their feet.

Amazon can quickly fulfill multiple orders through their robots instead of having to do them once as they come in. Robots are also helping speed up the delivery process by moving packages more quickly through a warehouse, reducing the time it takes to get packages out the door.

Amazon has changed the way that people shop many times over the years. From ‘1-click’ shopping to its line of smart speakers, the company is responsible for moving the e-commerce game forward in many ways.

However, Amazon is also leading a new wave of innovation in how we shop with robots. This technology is important to the field of robotics because it will help determine whether robots will be viable tools in logistics, retail, and other industries. There are also important implications for job market growth as robot technology continues to improve and become more mainstream.

How Free Shipping Could Improve Your Online Business

Beginner’s Guide to Affiliate Marketing: How To Make Money With The Amazon Affiliate Program

Earning money online has become easier for individuals through partnerships with eCommerce companies and brands….