Comparative Guide on Amazon FBA vs Drop Shipping in 2020

The lure of financial success and independence has propelled the online selling industry to greater heights. Headlined by both Amazon FBA and dropshipping, online sellers are sometimes caught up in a dilemma on which business model to begin with.

Below is a comparative discussion detailing key points about the highly debated topic of Amazon FBA vs Dropshipping.

For first time online sellers, the term Amazon FBA can be quite confusing, especially with terms like Amazon FBM and Amazon SFP that are also frequently discussed on forum sites and discussion boards, along with the term FBA. To begin with, FBA stands for Fulfilment by Amazon.

With the Amazon FBA program, Amazon allows you to send your products in bulk to their numerous warehouses. As an alternative, especially if your Amazon products are coming from China, you can also send those items directly from China to the Amazon FBA warehouse. As the Amazon website states, with the FBA program it would be Amazon who will PICK, PACK, & SHIP your orders. In essence, such a process is viewed as Amazon FBA dropshipping.

In certain instances and when conditions are met, Amazon sellers may even get FREE shipping, storage, removal, and returns when they try Fulfillment by Amazon. Thus, making Amazon more appealing when it comes to Amazon FBA vs Dropshipping.

Watch the video below to learn more about the Amazon FBA program.

On the other side of the coin, we have dropshipping as an alternative to selling on Amazon. This type of business model follows an almost similar concept to that of Amazon FBA. However, instead of going to Amazon warehouse from the manufacturer or supplier, items are shipped directly to buyers.

If you are lucky enough, you may find suppliers abroad that offer a variety of items. Some suppliers would even extend their service to a point of offering tests or sample items before the actual order. For a variety of options for your dropshipping products, you may check ChinaBrands!

If you want to get started with any of the two business models, here is an overview of next steps to start your own online selling business, whether via dropshipping or Amazon FBA (Download Detailed FBA Guide Here). 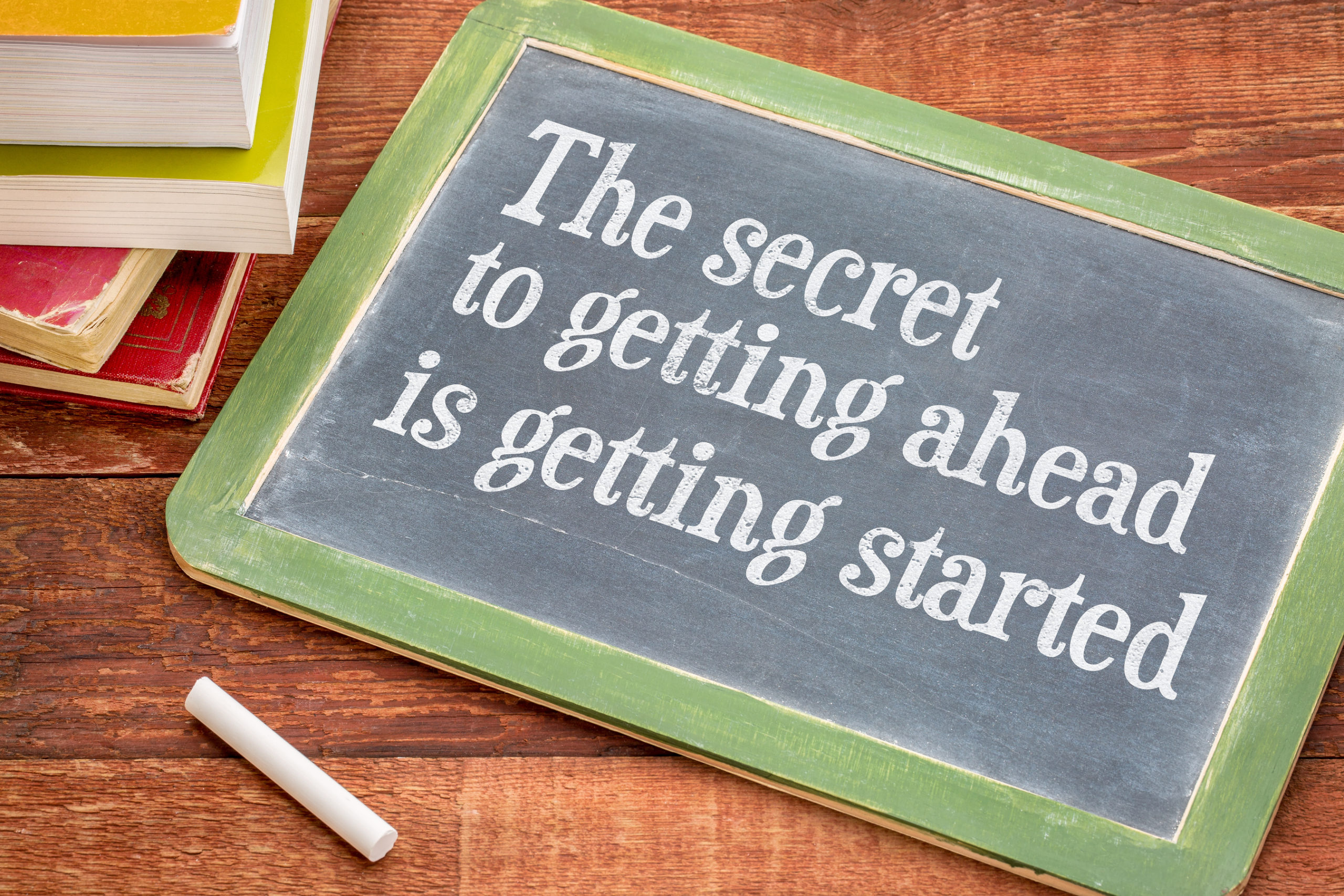 Similar to any other online undertaking, discussion on Amazon FBA vs Dropshipping will touch the issue of Pros and Cons. To give you a clearer understanding of what may lie ahead of your online selling journey, here are some of the advantages and disadvantages of both Amazon FBA and dropshipping.

One of the main highlights when it comes to Amazon FBA is its reliable customer base. It is estimated that nearly half of the online users begin their product search on Amazon.com rather than Google search.

With proper Amazon SEO and a better understanding of the Amazon A9 algorithm, you can definitely reach a steady stream of online shoppers from its millions of customers. Statista even highlighted the dominance of Amazon in 2019 when it comes to its U.S. mobile patrons.

When you associate any of your products with Amazon, you would inevitably benefit from the tech giant’s premium brand image. The impact of Amazon branding goes beyond product perception, for the customer service of Amazon will also be associated with your own business. In fact, some online shoppers are not aware that the products they bought were actually sold by third-party merchants like those enrolled in the Amazon FBA program.

When it comes to Amazon FBA vs Dropshipping, Amazon is far ahead when it comes to technology. Amazon has its own algorithm that you may take advantage of in order to rank your product in organic search.

Optimizing your listing is much easier, especially since there are already tested and proven guidelines that Amazon itself and experienced Amazon sellers have laid down. All you have to do is understand and follow the steps provided. In terms of security concerns and/or system glitches, Amazon is also prepared to deal with this.

Amazon FBA is a preferred business model by some online sellers because of the easy maintenance. By maintenance, it would include but not limited to product listing maintenance, product storage maintenance and other overhead costs. With Amazon, the usual expenses of an individual seller are drastically decreased.

When starting an Amazon business, especially with Amazon FBA, capital will be an issue for some sellers. Individual sellers will find it difficult to raise a decent amount to start their FBA campaign. According to a survey, 17%-22% of Amazon sellers started their business with a capital of $2,501 to $10,000.

One of the concerns when it comes to Amazon FBA would be platform reliance. This means that when your account is penalized or banned, you could lose your revenue source.

Amazon sellers should see to it that they will never run out of inventory. One of the factors that Amazon considers for ranking a listing or product is the sales performance. If you lack inventory, then your sales will be affected.

As a consequence, your ranking will also be affected. And since ranking is designated by an algorithm, you will have to regain your previous product ranking through proper optimization and FBA practices. Thus, essentially suggesting that you will have to start from scratch once again.

What makes dropshipping attractive to some online sellers is its required initial investment. To start your dropshipping business, there would be less to no initial inventory cost. This will normally depend on the arrangement you made with your chosen supplier.

This is the trademark of dropshipping, you will find suppliers online and sell their products to customers. When someone places an order, you will take the money and then place an order with the supplier using the customer’s money. Hence, you are not investing in the purchase of the item, unlike Amazon FBA where relatively massive inventory is needed to effectively run the business.

Another advantage of dropshipping is the low initial investment cost. Although there is less to no expenses when dealing with inventory, you will still be spending money for the establishment of your online store.

You will have to create your own website and buy some eCommerce themes to be able to display the items you want to sell online. If you are not familiar with website creation, there are free tutorial videos on how you may create your own eCommerce site from scratch, similar to the one shown below.

How To Create An eCommerce Website With WordPress 2020 Video Link:

Since you own your website, you are free and responsible for the items you will be selling via dropshipping. Unlike Amazon FBA, there is no restriction with dropshipping as long as the item is present in the market.

In Amazon dropshipping vs FBA, the former is very taxing in terms of startup demands. More effort is needed in dropshipping for both internal and external operations.

As your point of departure, you will have to do thorough research into your chosen niche for your dropshipping business. Similarly, you will also have to search for the best and most reliable suppliers in the industry.

On the external aspect of the preparation, you will also have to prepare your website and to communicate with your potential supplier, either via email or phone call. Similarly, you will also need to set up a paid ad campaign to bring traffic to your dropshipping website.

With Amazon FBA, traffic is already taken care of, especially since  Amazon receives millions of visitors per month. And just most recently, Amazon had over billions of combined desktop and mobile visits. All you have to do when selling on Amazon is to optimize your product listing to be more attractive to shoppers.

Unlike Amazon FBA where Amazon takes care of the returned items, in dropshipping, you will be the one to handle this. This means that you will have to handle the communication aspect of the product return if there would be some errors concerning the product.

In some instances, if product concern is caused by your dropshipping store, some customers may refuse to return the product and declare the transaction fraud. If such would be the case, your supplier will not replace the item unless the alleged defective item is returned to them.

With dropshipping, profit margin tends to be on the low side, especially if you are still starting. Your daily or monthly expenses in business-related transactions may simply eat up profit margin, not to mention abrupt fees and costs due to unforeseen events.

That is why on the onset of dropshipping, it is highly discouraged to make dropshipping as your main source of income.

When it comes to Amazon FBA vs Dropshipping, decisions will likely vary depending on different factors. The advantages and disadvantages pointed out are not the only basis for consideration, for you will also have to consider your purpose of entering the online selling industry. Whether it is Amazon dropshipping vs FBA program, sellers should still put in the effort and resources for success.

Running an online business is a lot of work. Every hour of every day, more…

Impact of Modern Online Payment in the eCommerce Industry

With the continuous development of the eCommerce industry, various improvements in the field have been…